Start point is Manners Hill Park / Keanes Point / anywhere in the vicinity of Royal Freshwater Bay Yacht Club. Head south and stick to river. After politely meandering along Johnson Pde south of RFBYC for about half a k, you face a short awe inspiring hill. Most riders are advised to dismount and walk their steeds up it. Alternatively retrace your steps and turn west on Johnston St, then 1st left on Bay View Tce, for an easier climb. Either way once you reach the Mosman Park Bowling Club at the top of the hill the worst this ride has to throw at you is over! 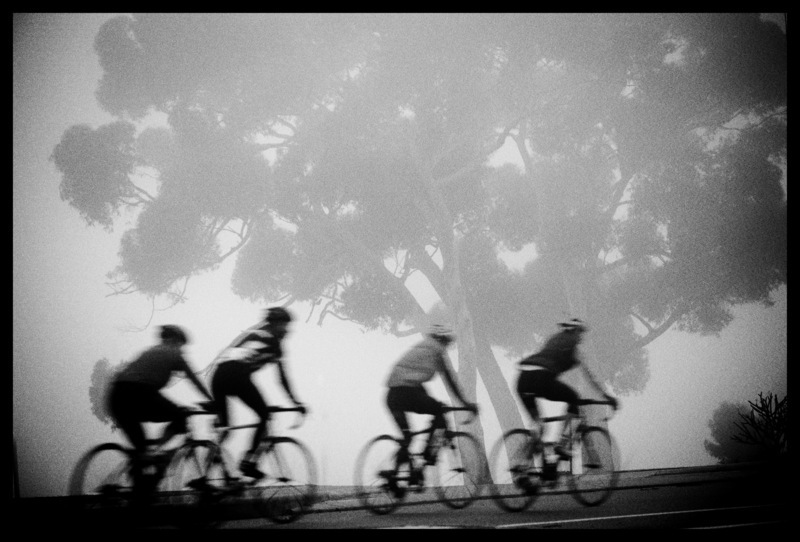 The path east through Bay View Park offers one of the best elevated river views in Perth. If you fancy a biscuit break park yourself under one of the big sugar gums right down at the SE end of the park and take in the goings-on at Point Walter Spit.

From here around to Blackwall Reach you're mostly on the road or the footpath. Follow Owston St south and then Wellington St east. Near the bottom of Wellington on your right there is a narrow paved trail through some bush restoration. A detour down Caporn St and Chidley Way takes you to Chidley Point where you can watch stink boat wash erode a pretty little beach.

Follow Marshall Road south around Blackwall Reach, as it rises away from the river keep an eye out for a path to your left. This path takes you across a cliff front on a boardwalk and then drops you dramatically down into Minim Cove Park. From here you're on paths for a couple of kilometers around Rocky Bay. Follow the path as far as you can, it finishes at the end of Rule St in North Fremantle. Take the second left off Rule St and then right onto Corkhill. Another dramatic drop puts you back down at River Level near Pier 21. Heading west along John St takes you past Gilbert Fraser Reserve where you can often stop to take in a spot of local football or cricket. If you prefer to stay off the road you can get around the front of Pier 21 by turning left onto John St instead of right. There is public access along the foreshore but no path, so expect to walk your bike some of the way. 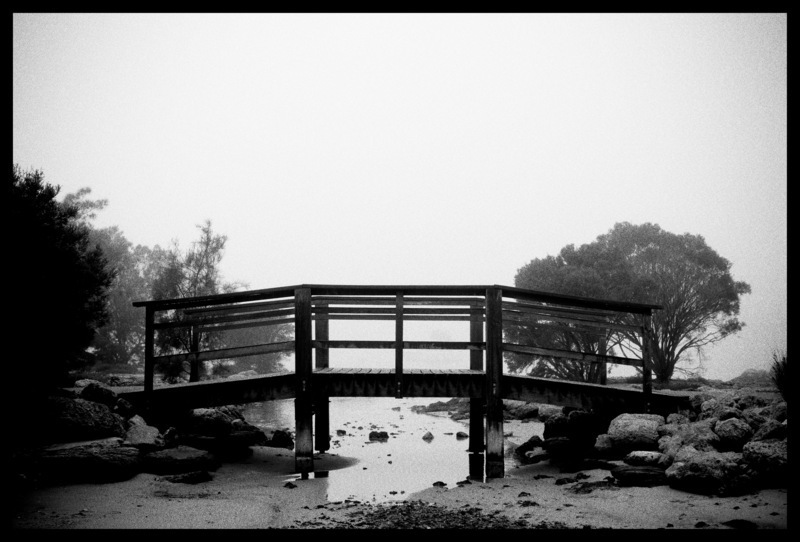 Almost there! a couple of little timber bridges take you through a tidal wetlands on the upstream side of the Stirling Bridge (AKA "New Bridge"), then you're under the bridge and heading across the fronts of the Northport apartments.

If you're going to carry on round the river you can chuck a right as soon as you're under the new bridge. A hundred metres up the path is a hard right turn that puts you on the bridge path. I strongly recommend ignoring that for the moment and completing the journey to the old bridge. For one you can see the stumps of Stick Bridge, the bridge that predates either of the extant bridges. For the other, the narrow plank walkway under the old bridge takes you halfway out into the river. If you're lucky enough to be here when the tide is running it is a wonderful reminder of power of water. You can also watch boats negotiate the narrow under-bridge passage at close proximity and get a reasonable view of goings on in the inner harbour.

Getting there. Crikey! you're spoilt for choice... By car. There is a reasonable amount of parking available around Manners Hill Park and RFBYC, it does get busy when the weather is warmer. Street parking and the carpark opposite Jabe Dodd Park are alternatives. Parking in Northport between the bridges is limited also. There is some parking available near Gilbert Fraser Reserve. If you don't mind starting a little further afield there is parking at Port Beach (just follow Tydeman Rd to the bridges) or across the river at East St Jetty.

By train. From the north end of the ride hop off at Mosman Park Station. Cross Stirling Highway at Glyde St and head north up the footpath to Stuart St. Head east on Stuart, 1st left on Monument, 1st right on Willis, left on Harvey, right on Swan, go to the end of Swan and then left on Palmerston and right on Johnstone St. It's the flattest, quietest route to the start point. At the other end, North Fremantle Station is the closest, but it has the disadvantage of being a kilometre up Stirling Highway. Better to cross the highway at Tydeman Road, head across the old bridge and head for Fremantle Station. Once over the bridge turn toward Freo and cross  at the first set of traffic lights and then turn right. 150 metres to the south west is the railway underpass, once on the other side you get cycle path almost to the doorstep of Fremantle Station. Alternatively cross on the new bridge, head for the river and follow the riverside or on-road path round to the rail underpass.

In addition to the arriving by train directions, if you're arriving by bike, you can come in from the The Esplanade on the north side.

For those that fancy a nibble before, during or after the ride you have so got it made. For icecreams, chips and other classic caff fare you can't go past the kiosk on Freshwater Bay. Post race chips and beer up at the yacht club bar are pretty good too. You'll have to dig considerably deeper (and maybe make a reservation) for lunch or dinner at Mosmans on Johnson Pde or Harvest on Harvest S N Freo. In North Freo you can also enjoy a gourmet burger at Flipside, (quality takes time so don't be in a hurry) or pub fare at the Swan Hotel. You'll be tripping over free barbecues thanks to generosity of the Town of Mosman Park; find them at Keanes Point Reserve, Jabe Dodd Park, Bay View Park (tucked away south of the carpark), Chidley Reserve and Minim Cove Park. Facilities like these and Mosman Park's clean toilets are notably absent once you cross the border into North Freo. Gilbert Fraser Reserve has toilets and a playground. 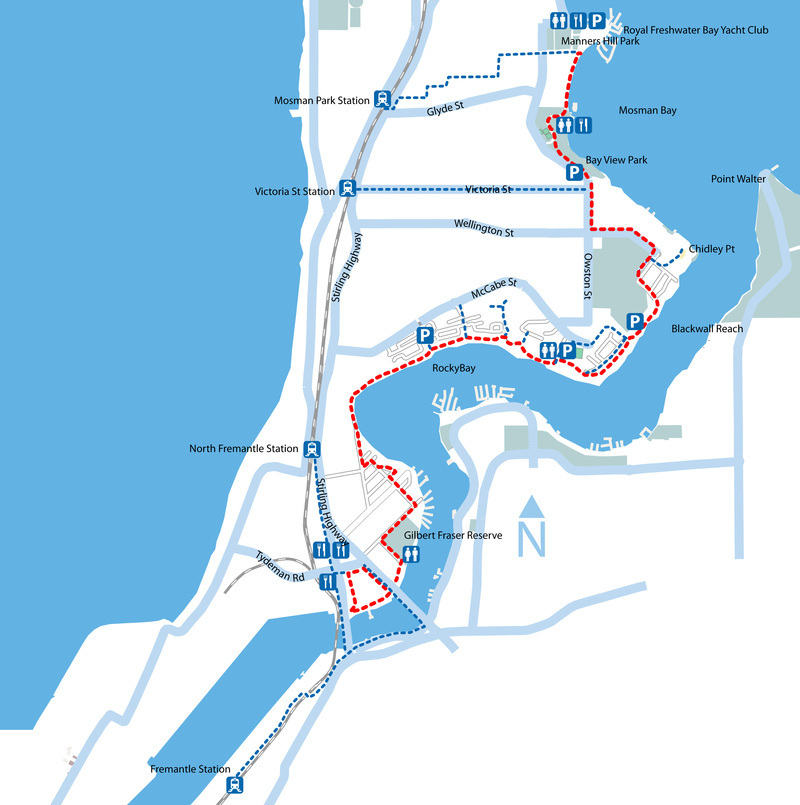