Though some of the paths around Herdsman Lake are paved you'll see the best of it on the dirt. On the north east side there are a few very pretty stretches of path through paperbark and eucalypt groves. The entire circuit is flat making it a cruisey ride for novices and children. Distractions are plentiful for those that like to stop to catch their breath and enjoy the scenery. Expect to cover about 8 km if you explore all the little side trails on the circuit. 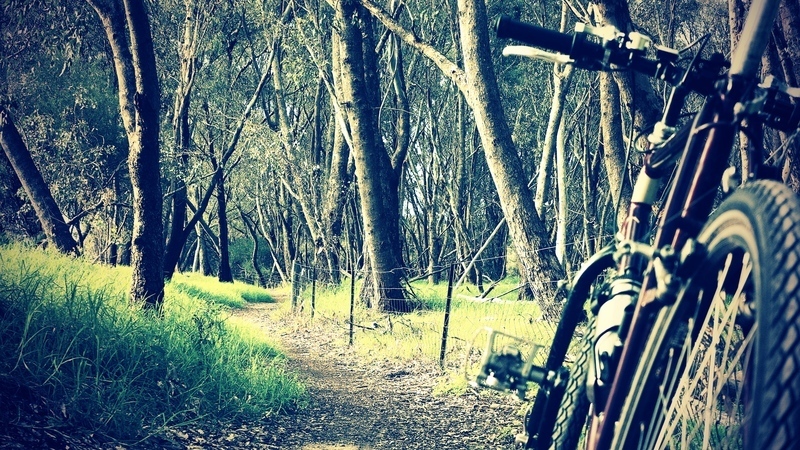 Birdlife on the lake system is abundant and there are several hides around the north and east of the lake as well as a pedestrian only boardwalk associated with the Herdsman Wildlife Centre. The Gould League run bird walks from the centre on the 3rd Saturday of every month at 8am

The West side of the lake is dominated by large grassed areas. This side, once home to market gardens and stables, was controversially "reclaimed" for residential real estate in the 1980s. The contrast between the east and west sides of the lake is pronounced to say the least. Trees seem to have been outlawed in Floreat Waters!

Settlers Cottage was rescued and relocated when Pearson St was widened in 1991. It is operated by the National Trust but is currently closed. 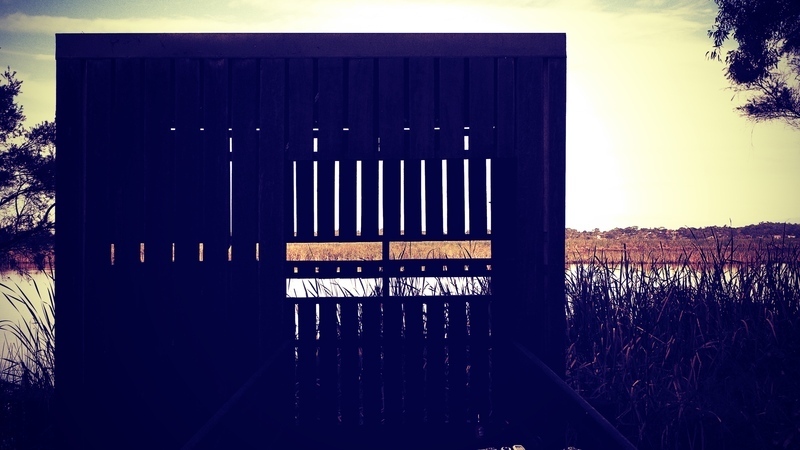 By bike; there are so many entry points to the path that it doesn't make sense to list them, just enter from whatever direction you're coming in from. The sealed cycle path adjacent to Jon Sanders Drive is part of the Perth Bicycle Network Continuous Signed Route NW9.

If you fancy getting there by train, Glendalough station is very close. Head west over the pedestrian bridge at the southern end of the station, then south on the bike path to Powis St. Powis St west takes you straight to the section of the NW9 route mentioned above.

There are car parks and playgrounds around the perimeter. No free barbecues though and, despite assertion to the contrary on the City of Stirling website, there are no public toilets. Doubtless the Herdsman Wildlife Centre has toilets, however they will only be accessible during their weekday opening hours 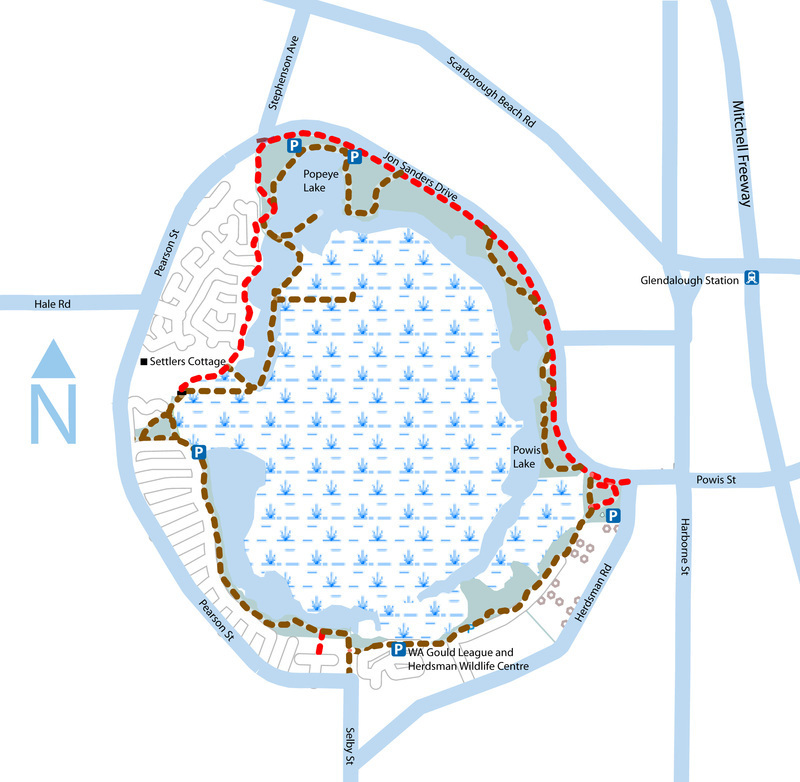 Thanks to Thoglette on the BNA Forum for suggesting this ride