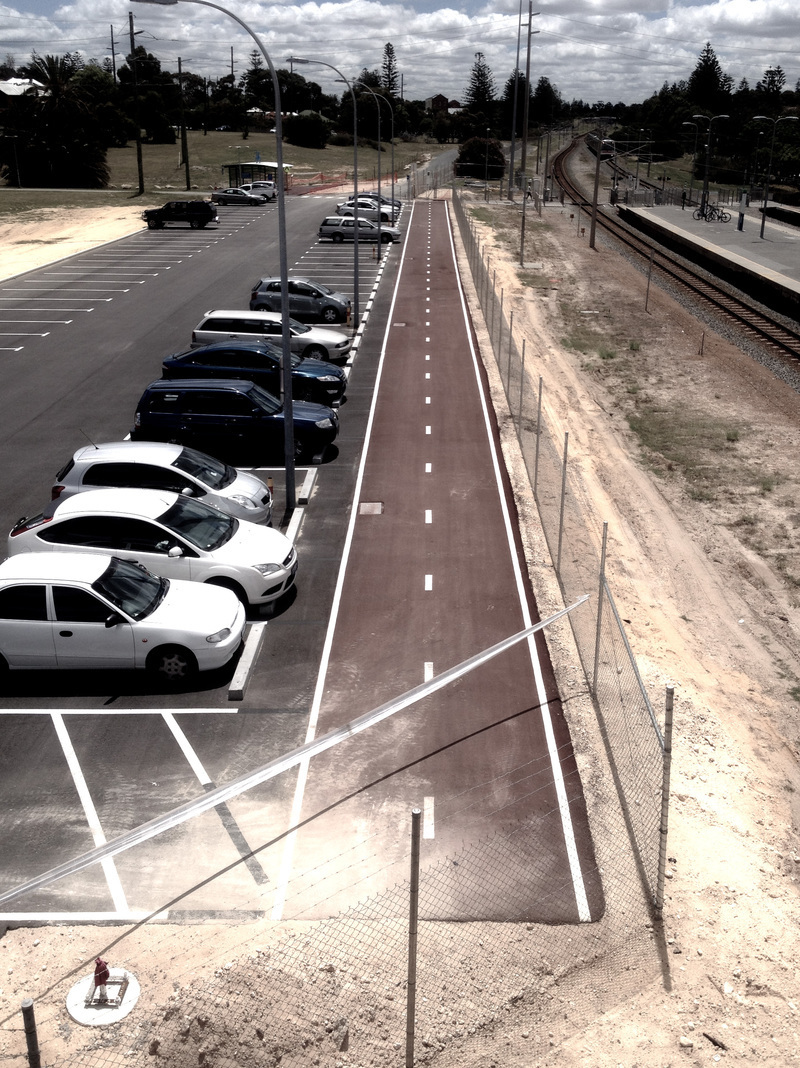 There has been some serious head scratching in the western suburbs recently after a rogue bicycle path floated to the surface in downtown Cottesloe.

Social commentators and psychopaths have been struggling with the sudden and unprovoked appearance while scientists from as far away as Success have been working nights devising a method fo measuring the vanishingly small bike path. Best estimates to date are in the vicinity of 120 metres.

Sited some distance to the east of popular and busy Curtin Avenue the path has no apparent connection to real needs, not to mention roads or other paths, and has been dubbed by locals "the road to nowhere".

Old timers interviewed by your correspondent vowed to steer clear of the path early and late in the day and in cloudy conditions. However many remain unconcerned by the path citing the low chance of a cyclist actually finding it as it's best safety feature.