What's not to love about 11 km of almost unbroken shared path running between a 1 km sandbar in the Swan River and Perth's most imaginative riverside playground?

This path is flat, except for a little climb to Heathcote. It's continuous except for a handful of road crossings, all of which are associated with riverside carparks. These factors make it brilliant stretch of path for young riders.

Quiet roads with views as good as those on the paths mean that faster cyclists tend not to ride the paths. Massive swathes of lawn and limited beach access, particularly round Alfred Cove mean that dog walkers aren't a big issue, also most of them seem to respect the "dogs on leads" signs. Unlike areas like South Perth, the population density is low so there are significantly fewer pedestrians to contend with. Life in general seems to move at a rural pace round here.

On top of this, while most of the path is an older fashioned concrete one, you know, a little narrower than it probably should be and a little bumpier too, it is on the whole in very good condition. It's easy to follow and has a fun boardwalky bit round Point Dundas.

In my experience a half competent 4 or 5 year old can make it out and back in few hours as long as the day isn't too hot, they have plenty of air in their tyres, and they have a recharging icecream and play with their mates at the world's best playground at Heathcote. 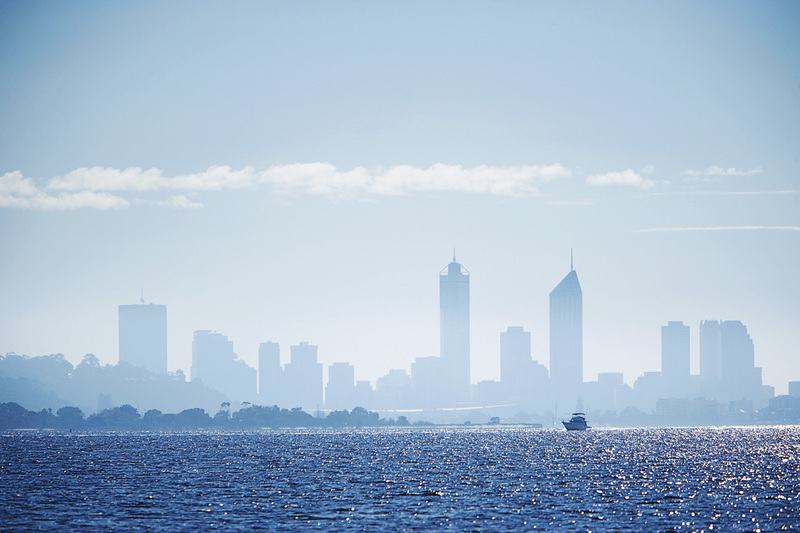 By Car; parking gets busy at Point Walter and at Heathcote on sunny weekends. Suburban streets in the vicinity of the start and finish points of this ride are pretty empty though and the streets reasonably quiet - not a great solution if you have littlies in tow. There is more parking where Alfred Cove is at its closest to Canning Hwy, and then again to the north of this point in Applecross on the foreshore. 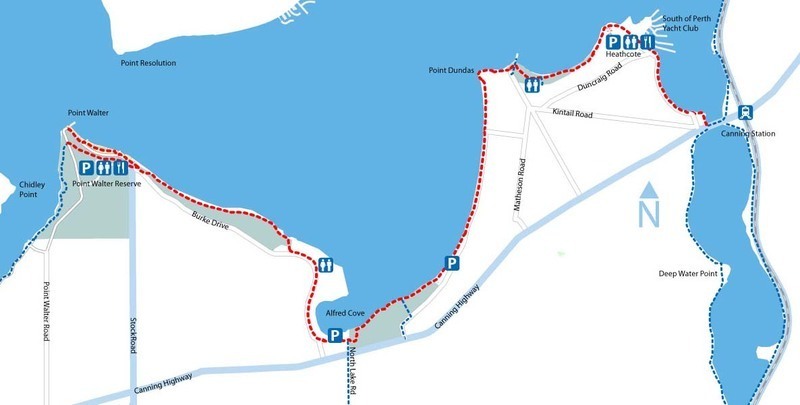