Taking a leisurely spin round Blackwall Reach is guaranteed to bring a smile to the face, salt air to the lungs and a picture of Rat and Mole boating on the river to the mind. There are no willows, the bush will suffice, no wild wood, though I suppose the tips of the CBD towers looming over Dalkeith to the north could represent a distant home for weasels. Two things are certain, you will see plenty of boats of all kinds and there is great access to river views and river adventures.

Take a picnic and hunker down in the beachside shade at the southern end of the Point Walter Reserve. Take a handline and try your luck off the jetty at Point Walter. Or go the big adventure; lock up the bikes at lowish tides and walk the 1 km out to the end of the sandbar that is Point Walter Spit, you'll mix it with swans and pelicans fishing in the shallows and by the time you've reached the end you'll find yourself more than halfway across the river. 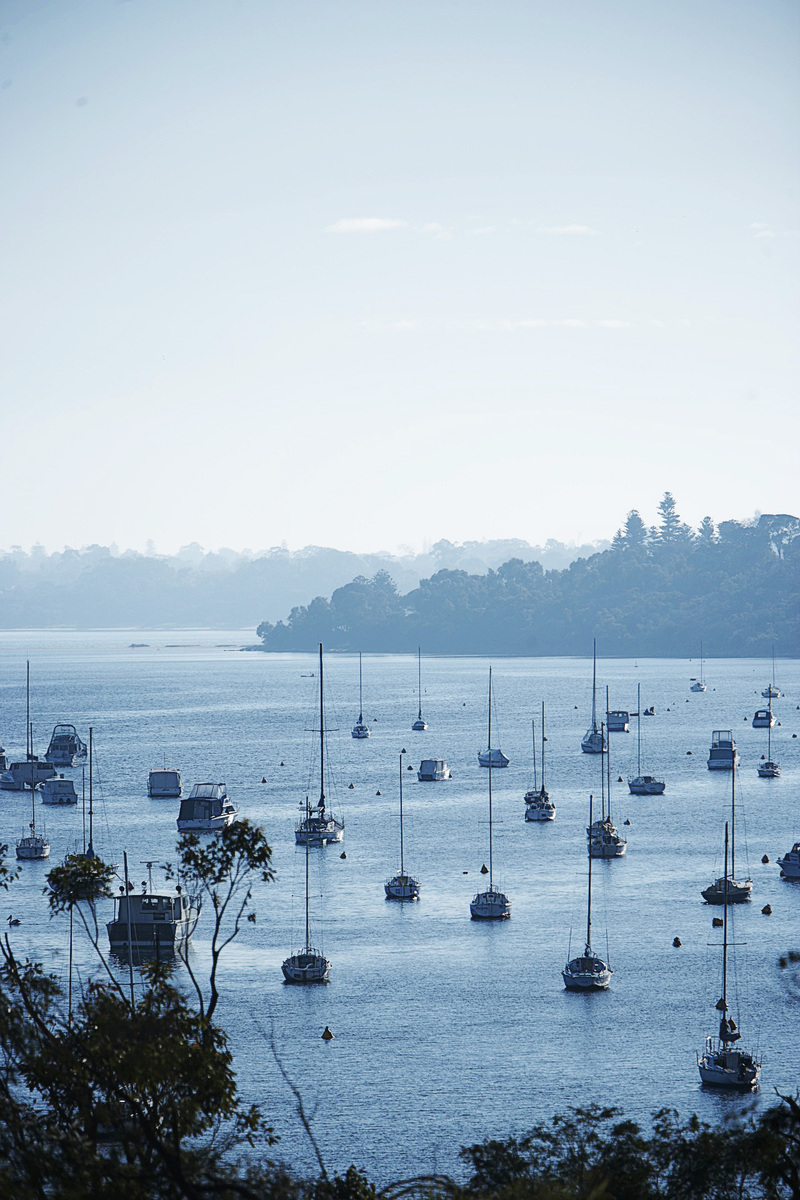 The ride around to the reserve is peppered with great views, playgrounds, a classic riverside burger joint (The Kiosk), a great pub (The Left Bank), a good restaurant (The Red Herring), a busy family friendly café (Zephyr), jetties, river beaches and a cool pool. Best news is you can ride all but a very short, very quiet section completely on shared paths.

Aside from two short steep hills this ride is pretty flat. You can begin the ride on the north side of Fremantle Train Station, either catch the train or park your car by the E Shed. You'll have to cross the road at the rail underpass at the north eastern end of the wharf and ride through the carpark at East St Jetty between the Fremantle Traffic Bridge and Stirling Bridge. From there a choice of on-road dedicated cycle lane or off-road shared path will take you past the aforementioned Left Bank, Red Herring, Zephyr Café and Swan Yacht Club. The path gets a little difficult to follow as it wends its way across the club's slipway and along the restaurant verandah!

A sharp uphill section sees a few souls dismount and walk their steeds 150m. This is followed by the only on road section of the ride. It runs across the north boundary of a park and tennis courts and is rarely used by cars. In any case, while narrow, it is flat and straight; motorists who do find themselves here are travelling slowly and have good visibility.

At the "T" take a right and 20 metres on a left into the dead end of Angove Lane, a cul de sac. Cross another quiet street into a park and follow your nose back to the river down Phipps St. This is the charmingly named Bicton Quarantine Park. It offers shade, elevated views across Blackwall Reach, free barbeques, lots of lawn and toilets. At its base is what remains of the old Bicton Baths, the sort of place that people's grandparents learnt to swim and throw jellyfish at one another. Perth's coolest pool is here too. A purpose built water polo pool it is an even 2m deep all over. It sports some of the best public pool views in WA.

Onward. A meandery path follows very close to river's edge for about a kilometre round Blackwall Reach Road to the western end of Point Walter Reserve. Once in the reserve choose either the winding concrete path or get a few minutes of dirt riding on a couple of short trails heading up to Point Walter. Starting from Freo Station the ride distance is 8.2km. Knock a couple of k's off if you're starting in the vicinity of the East St Jetty.

Getting there by train is easy - Fremantle Station, the terminus on the Fremantle line is the best option. The path passes the station on the other side of the tracks, turn right as you exit the station to get to the crossing.

Ride in from points south on the shared path from South Beach and beyond. From the west there are shared paths on the downstream side of both bridges. Heading east the path is continuous all the way to the very good PSP that runs alongside the Kwinana Freeway. Access from Bicton, Attadale and East Freo is mostly via on-road cycle lanes. See the DPI map of the area for detail. 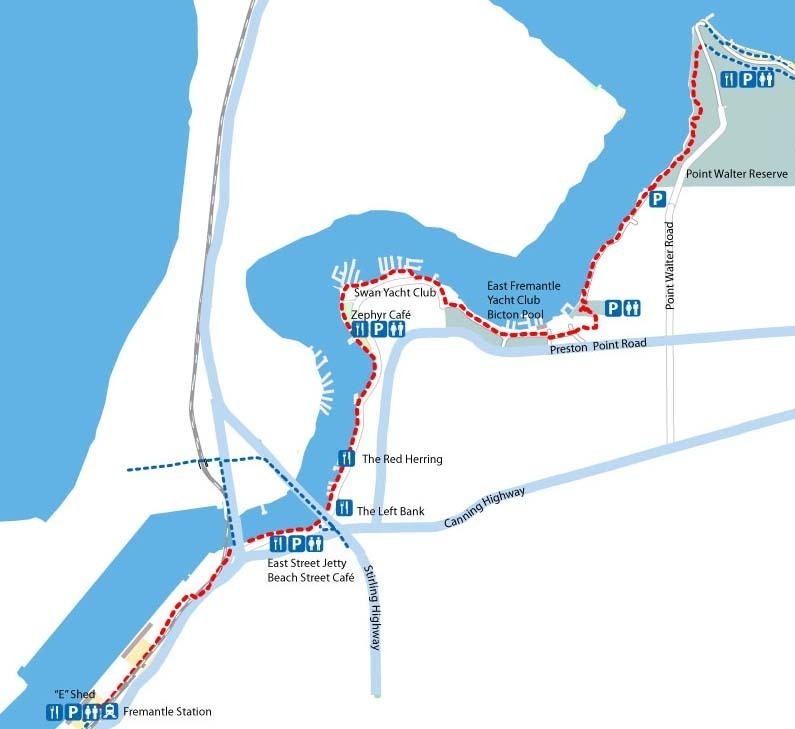